A week with the grizzlies

Having endured three flights with 9 hours of time difference, I finally found myself landing in a tiny plane on a long stretch of sandy beach in the company of three other photographers. The scenery during the flight had been spectacular with the inland mountain range still covered in snow and some wonderful patterns on the mud-flats below as we followed the coast down from Anchorage. Our guide for our stay was there to meet us on a quad-bike with trailer. We squeezed onto the two benches in the trailer with our gear – this was to be our mode of transport around this section of the park. 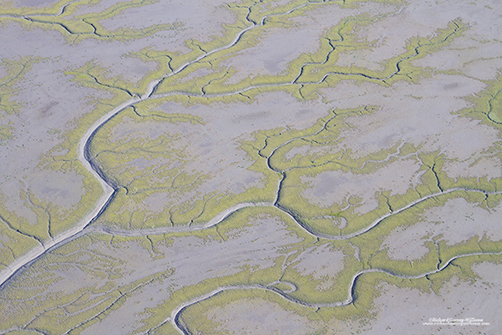 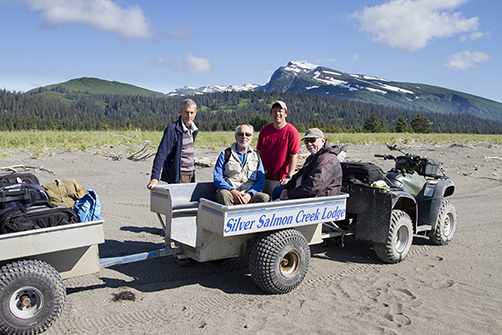 Having checked in at the Silver Salmon Creek Lodge, we were given the routine bear safety briefing. On the flight over I had read James Gary Shelton’s Bear Encounter Survival Guide, which had proved very comprehensive in this regard and its detailed reports of bear attacks had certainly served to raise my adrenalin levels for the 6 days ahead.

We dumped our overnight bags and immediately went out looking for bears, slotting straight into our daily routine of four excursions each day interspersed with excellent meals back at the lodge. Our visit coincided with the longest day of the year and, being so far north, it never seemed to get totally dark. Our outings tended to be timed to coincide with the low tides with our working day tending to start at 6.30am and end at 10pm.

The bears were easy to spot when they were out in the open either on the mud-flats or grazing on the sedge grasses and we would park up nearby and then approach them on foot. We moved slowly and kept close together so as to be perceived as one larger unit rather than separate vulnerable individuals. We would typically observe and photograph them from a distance of 20-30m but they would often approach us of their own accord, at times being only 4 or 5m away. 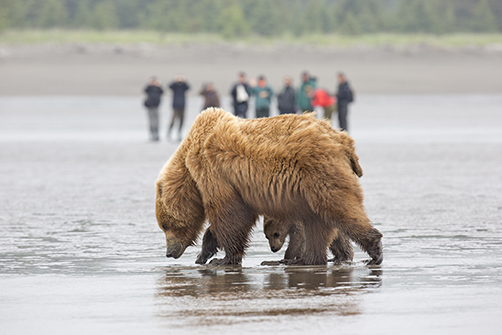 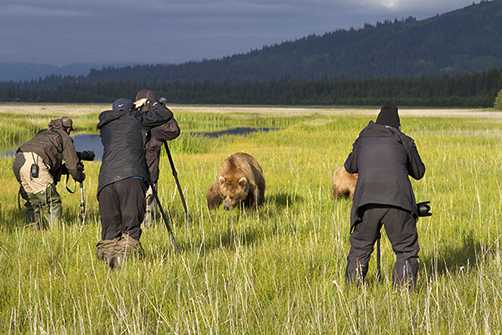 The bears in this area were clearly habituated to the attentions of human beings and the sows with cubs actually appear to welcome our company. One of the main threats to cubs comes from the roving boars and it seems that a paparazzi entourage discourages their approach. It was a privilege to be a part of that entourage and an experience I will cherish forever.

Here are a few from that trip that aren’t included in the galleries: 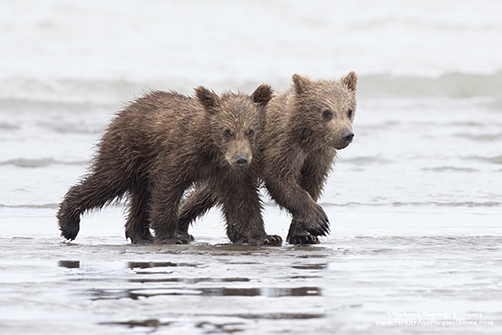 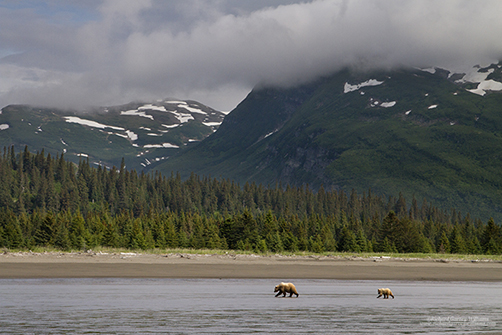 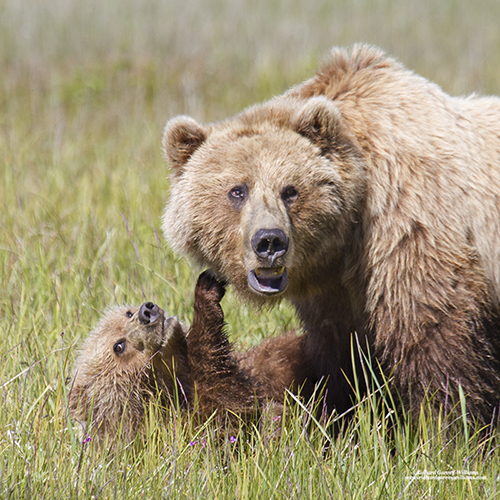 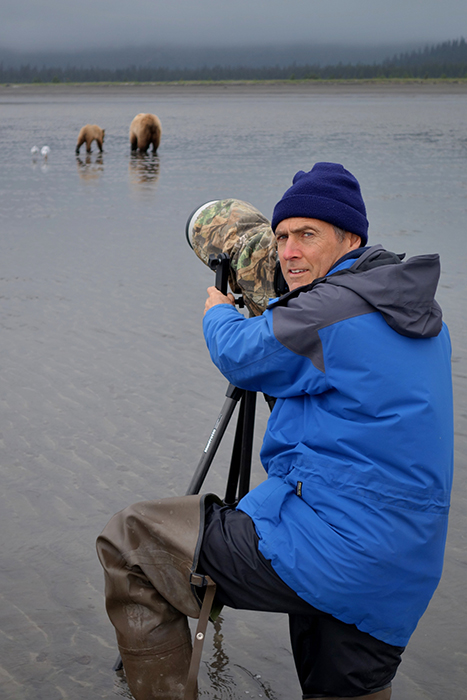