The ones that I particularly struggle with are generally those that have simply been over-processed. I like to see clever and tasteful processing work done in the name of art within the ‘creative’ categories and I accept and indeed expect a level of processing to have been applied to virtually all images, whatever the category. We all do this and always have done. In the days of film, choice of film and how it was developed made a big difference to contrast and colours and various darkroom techniques were routinely used to make some quite radical adjustments. Filters have also had their influence. With digital cameras, unless we are shooting in Raw, a great deal of processing is actually being performed in-camera. For those of us that shoot in Raw, we’ll know that some degree of processing is necessary on virtually all the images we take to make them true to what we actually saw. Even exposure-blending, which I do myself on occasion, can be justified on this basis. When our eyes scan a scene, the pupils alter in size and our brains make subtle adjustments to the incoming messages, so that we can see some detail in the darker shadows and in the brighter areas of the scene and so that the grass appears a grass-like green whether it is in deep shade or open sunlight. So why not blend exposures so that when we scan the photograph we can see some level of detail in the darker and brighter areas? 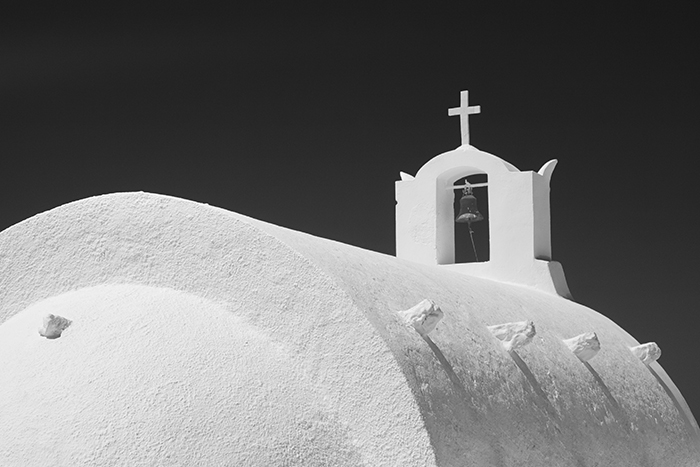 In this case a red filter renders the blue sky almost black. A black and white image is already a less literal interpretation of the reality before the camera than a colour one. It can provide for more expression through the modulation of tones to define texture, shape and form and we tend to accept exaggeration more readily.

However, what we are so often exposed to now is images in which colours are boosted to unnatural levels (either by overuse of the saturation tool or as a by-product of over-cooking the contrast). A little exaggeration by all means, but I feel that many go way over the top. We are also seeing many images that look as if they are HDR (high dynamic range) when in my mind there appears to have been no call for this approach in that situation – the tonal range was probably not that great. Also poorly done HDRs prevail – it’s fine to subtly boost the level of detail perceptible in dark and light areas but often they come to look totally unnatural. There are also various additional software packages with presets that are often applied without any restraint. That is to say, the effect is not tempered to fit with the subject matter. The ‘structure’ tool that increases contrast within elements but not along their borders is, I think, also often over-used making the images too ‘structured’ with fine details and textures become unnaturally apparent. 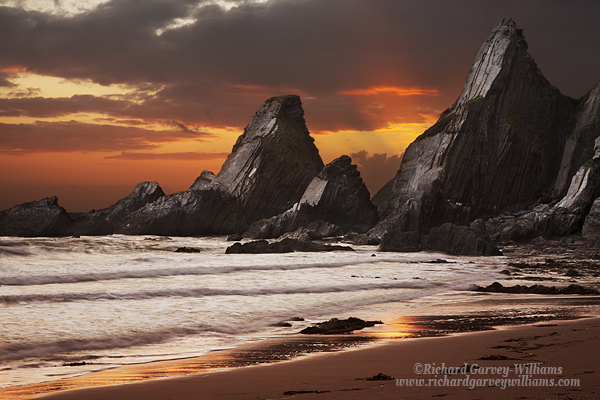 This is one of my more ‘surreal’ images. I resorted to blending 3 exposures to retain the impact of the sky and also reveal detail in the structure of these pyramidal rock masses. I hope, however, that most will feel it is a scene that they could experience on planet Earth, and actually I think isn’t far off from my perception of the amazing scene at the time.

I also openly acknowledge, however, that what we do is an art-form and is simply self-expression. For this reason, rather than getting too critical I should try to ask why giving something the ‘other-worldly’ look is currently being done so widely. Here are a few possible contributory factors:

• Our alienation from contact with the natural world. We largely exist within man-made surroundings so our threshold for regarding something as ‘natural’ has perhaps shifted to encompass a greater element of our own input.
• The ‘new toy’ phenomenon. We seem to like to play with and experiment with new software and techniques. Because society often applauds something because it is new or clever rather than tasteful, appropriate or better, we are easily tempted to reveal the products of this play to a wider audience.
• A society addicted to stimulants such as caffeine and sugar perhaps demands a greater level of sensory stimulation.
• Our sedentary lifestyle habits or poor weather stop us getting out with our cameras forcing us to try and do more with our photographs on our computers than we would otherwise do.
• We are getting bored with images taken on this planet. We are suffering from image over-load, feeling that we’ve seen it all. So we end up looking for that something extra. This is probably not helped by the fact that most of the images we are exposed to are not good photographs. So many people are taking photographs now and not just those with an interest in or passion for photography, so it’s not surprising that the good photographs out there easily get lost amongst the ordinary. So, its perhaps not surprising that we end up wanting something more.
• Laziness. It’s often easier to try to breath some life into a photo that doesn’t quite make the grade by adjusting a few sliders than by going out with the camera and trying again.
• We are becoming accustomed to seeing many images displayed on un-calibrated monitors. The presets when devices come straight from manufacturers often have high contrast and saturation levels.