There are some photographers who only do black and white. This used to strike me as strange as I felt that surely some subject matter shouts out for colour rendition and that they must be missing out on celebrating this aspect of our surroundings. However, they would probably argue (quite rightly) that to excel in black and white involves some degree of specialization and that they have trained themselves to see the world in black and white (or at least to spot something that lends itself well to this mode of expression). 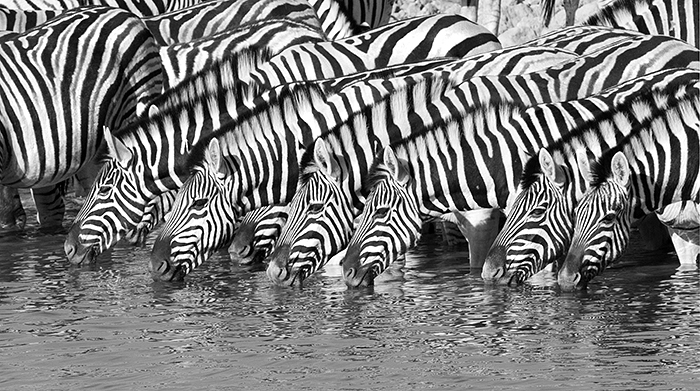 Humans see the world in colour, so by converting a scene to black and white we are immediately providing a less literal interpretation of the reality before the camera. So in black and white photography we are probably more accommodating in terms of our expectations of photography to precisely reproduce our visual perceptions of reality. In other words we can possibly get away with more exaggeration, particularly in terms of the tonal ranges and contrasts in the image. For example, by removing the distraction of colour and exaggerating the tonal variations within a scene we can often strongly define and convey texture, shape and form. Removing the influence of colour will also often in itself simplify a picture enabling the viewer to enjoy the spatial arrangement and relationships of elements within the picture space. In black and white pictures our attention is often readily drawn to simple shapes, lines and patterns in the image. This in itself can mean that it’s even more important that they are arranged well for the image to succeed. 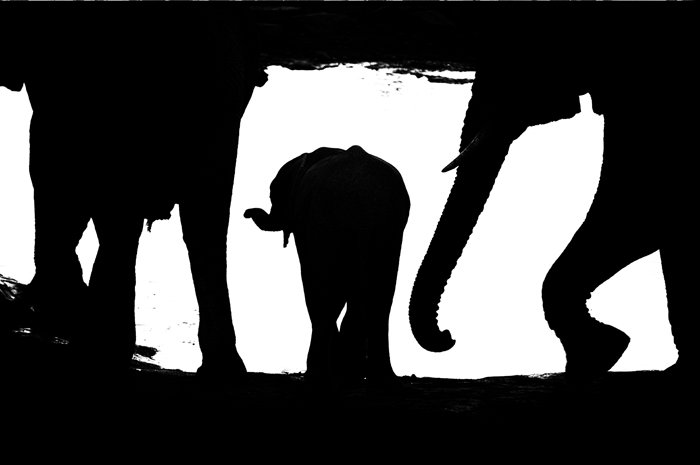 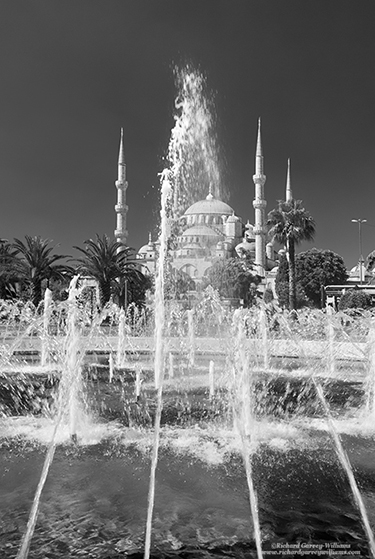 In my book, Mastering Composition, I used a series of this image of the Blue Mosque in Istanbul to show the effect of different coloured filters. This is the one with a red filter, which served to darken the blue areas of sky and water, helping the important lines to stand out.

Underpinning consistent success in the production of this type of imagery is an ability to previsualize how a colour world will appear when rendered in monochrome. This undoubtedly comes largely from experience. An appreciation of the range of tones in a scene and the balance of these tones becomes particularly important in producing an impactful, balanced composition. Colour filters can be very potent tools in the modulation and exaggeration of certain tones and thus contrasts in a scene, and experience of their use will enable more accurate prediction of their effect on the resulting image. Of course, in digital post-production, we can now easily experiment with the effects of these filters on an image and the photographer has great scope to precisely manipulate the tone at which any hue will be rendered in the black and white image. The processes of ‘dodging’ and ‘burning’ can also be used to exaggerate differences in tone. This can help to draw attention to features and balance tone and ‘weight’ within the image plane. This can, of course, also be done with colour imagery, but seems particularly potent in black and white where tone is everything.