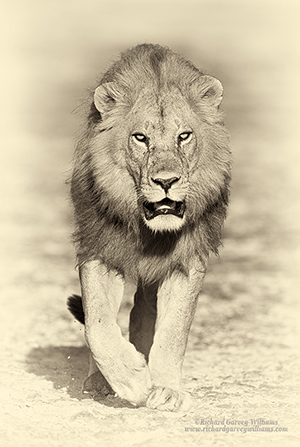 Behind this is the rapid rise in our populations and demand for more arable land together with the game meat industry and demand for trophies and ‘medicines’ in other relatively wealthy states. Ironically, future generations of lions (and us) may end up owing a great deal to this tragic event.

If the likes of Walter Palmer, the American dentist who shot Cecil, really want to conserve nature as many of them claim to be doing through their ‘sport’, why don’t they simply donate the money they spend on their hunting exploits to an organization that can help. Preserving their habitats, preventing poaching, helping the local people to appreciate the value of animals as living neighbours, education, family planning, tackling the market for animal products abroad and corporate exploitation of African resources… and so on… may all be worthwhile causes.

As a reaction to what happened in Zimbabwe, we photographers have been making statements like ‘the only way to shoot a lion is with a camera’. This raises the question of whether we should try to encourage these trophy hunters to exchange their rifles and cross-bows for a camera and long lens. I discussed some of the loose connections that exist between wildlife photography and hunting in the introduction to my latest book, ‘Mastering Wildlife Photography’. Terms like ‘shoots’ and ‘shot’ are still widely used in photography. However, there’s a cautionary point to be made here – the photographs these hunters would produce with their new cameras and no doubt extremely long lenses would probably all be rather boring. They’d all be tightly-cropped ‘clean shots’. My series of ‘vintage portraits’ was a comment on trophy collecting (see my last posting).

I maintain that to capture impactful and emotive images requires a passion for your subject matter and imagination and a soul to express it. Hence my claim on facebook that getting a really good photograph of a lion requires a lot more skill than shooting one …and it also requires a heart. Most who are successful wildlife photographers have a deep empathy with their subjects and a desire to communicate their love and fascination for the natural world in a way that encourages concern for its welfare. 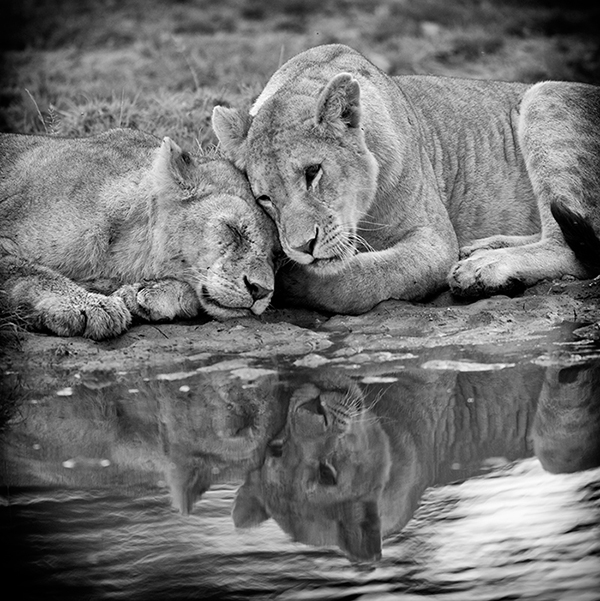