When a Photograph Tells a Lie 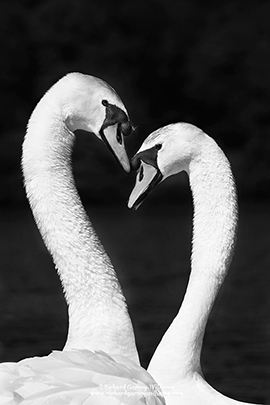 This simple, graphic image relies on its inherent symbolism. Swans are known to pair for life and the ‘heart shape’ formed in this image reinforces this perception of lasting love. Its effectiveness is all down to our interpretations and perhaps nothing to do with what the swans were feeling at that precise moment!

The success of an image will often depend on its ability to invoke an emotional response in its viewers. Certainly, as wildlife photographers, we have to acknowledge that many photographs actually succeed because of anthropomorphism and that we can harness this tendency to good effect. Through our tendency to bestow upon the animal the feeling that we think we would experience if in their position, certain expressions and interactions engender a strong emotional response. It’s for this reason that just about any image of wide-eyed baby animals will elicit plenty of “Oohs” and “Ahhs” in an audience. Sometimes a fleeting quizzical or sad expression on an animal’s face, even though it possibly bears no relationship to what the animal was actually feeling, can be enough to give the image additional appeal.

For me, there is no right or wrong in seeking to take and display images that capture these aspects of an animal’s behaviour. How the image is interpreted is also down to the viewer. If our images are being used for scientific reasons, they are likely to be interpreted more objectively regarding the information the image conveys. 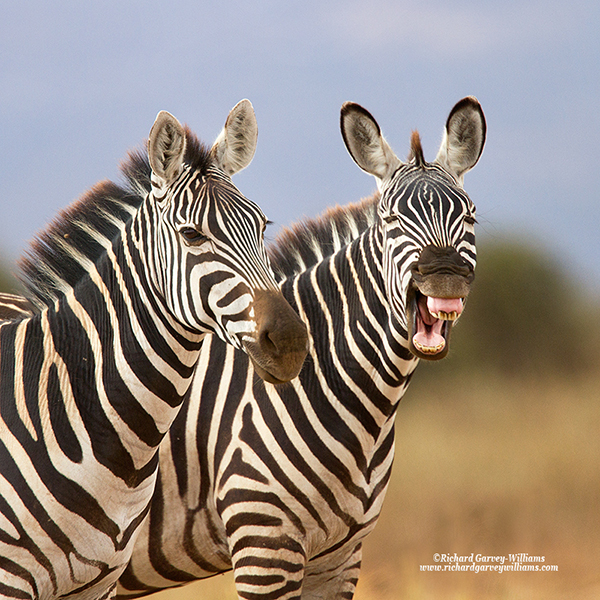 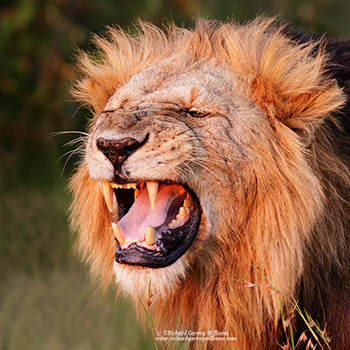 Most of us would perceive this zebra as laughing whilst its mate keeps a serious face. Things are not always as they seem, as with this lion appearing to snarl. In fact it is what is known as the flehmen grimace – the lips are curled back enabling them to sample the air for pheromones.