There are various ways in which perspective can do this. Here, let’s take a look at what is known as ‘aerial perspective’. Since the more distant an object, the paler it appears due to particles of dust in the atmosphere, we tend to assume that paler objects in an image are more distant. This effect is frequently seen in landscape photographs where layers of hills or mountains that recede into the distance become lighter and lighter in tone. Levels of contrast also tend to fall off with distance and the colour temperatures become cooler rendering distant hills a little bluer. 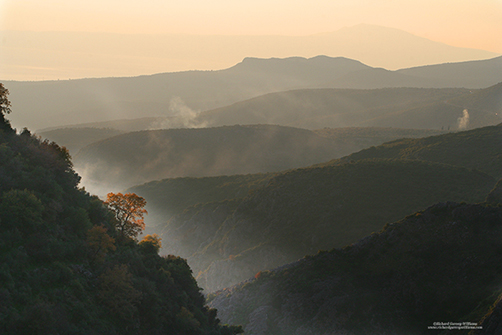 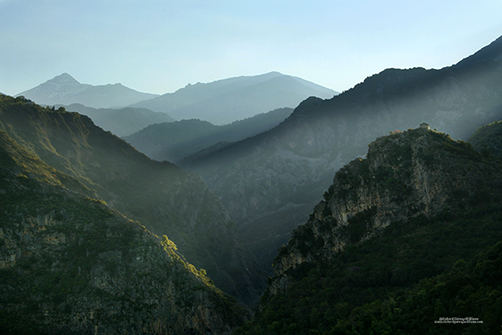 Knowing this we might, for example, choose to return to photograph a scene when light direction and climatic or atmospheric conditions exaggerate this effect. Side- or back-lighting might for example simplify and emphasize the ‘layering’ and tonal variations of hills or mountains receding into the distance. Haze, mist, dust or atmospheric pollution may also make the effect of aerial perspective more apparent in the resulting image. By choosing our viewpoint carefully and framing the shot appropriately to focus the attention on a part of the scene where this effect is particularly apparent, we can also give a strong sense of depth.

There are many other compositional strategies and tools that can be employed to give a sense of depth and which can be used to actively support one another. For example, we can include elements of known sizes at different distances through the scene – the fact that one car is much smaller than another tells us that one is much further away. Including foreground, middle-distant and distant elements of interest might be considered and it often helps to overlap near and far objects. Choice of focal length and viewing angle can make a big difference to our perception of distance between objects. Another powerful means of suggesting depth is to include converging lines – I’ll discuss this process of ‘linear perspective’ in a subsequent article. 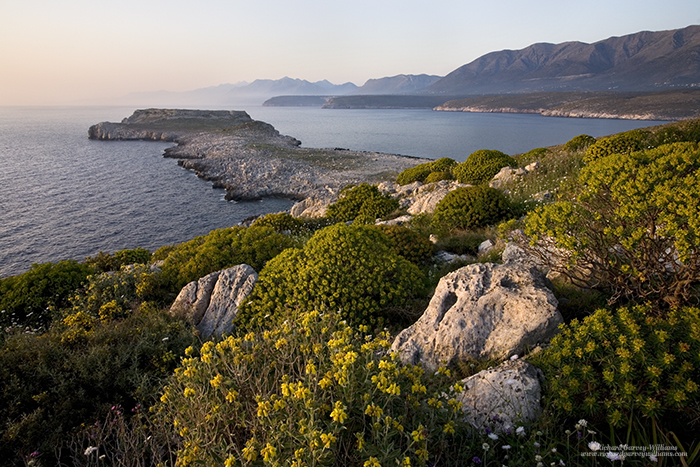