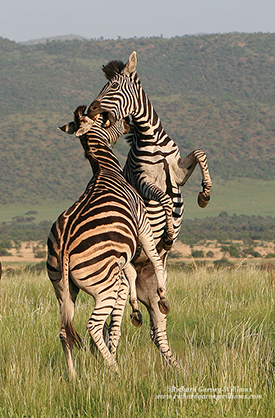 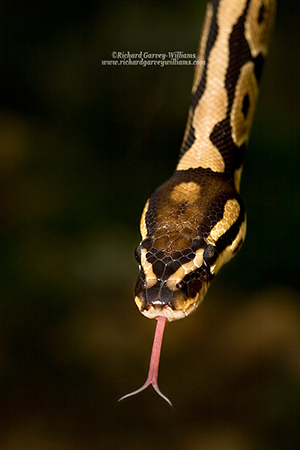 The eyes as ‘windows to the soul’ are often critical in the communication of emotion. The success of this photograph to the right depends on us being able to see clearly the one zebra’s eye and biting mouth.

As in many genres of photography, in wildlife photography the impact that our images will have often depends on our ability to capture split-second expressions of emotion or fleeting postures of our animal subjects. Furthermore, when the various ‘elements’ in the frame are moving about, we often have to time our shutter releases with precision to ensure balanced compositions or ones that communicate a message or story. ‘Precision’ is the key here – so often we look at our photographs and wish we’d caught it a split-second earlier or later. Just occasionally we get things spot on and the satisfaction this gives makes the hours spent with our eyes glued to the viewfinders in contorted postures all worthwhile.

The forked tongues of snakes hold intrigue for us, but trying to photograph an extruded tongue is easier said than done – they don’t tend to stay out for long! 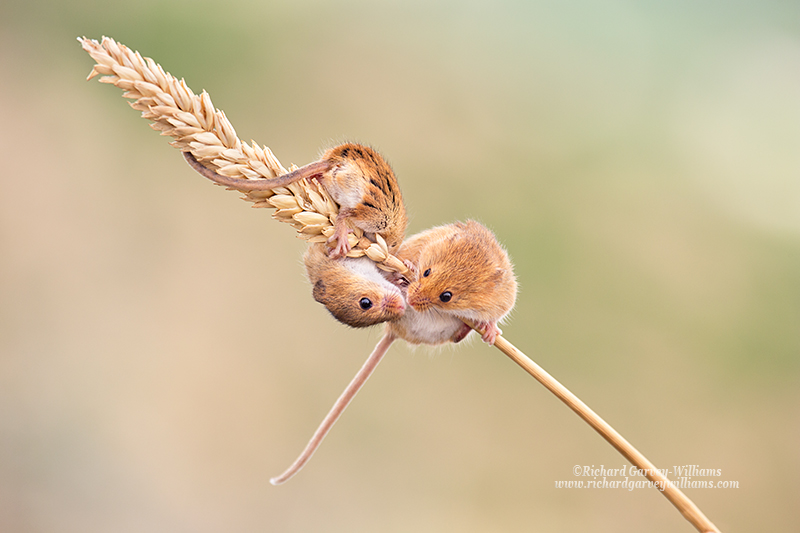 Here I was able to record another very fleeting moment – an emotive interaction between the two mice.

The continuous shooting mode capabilities of modern cameras are undoubtedly a bonus. However, when it’s perfection you’re striving for, even with 10 frames per second, there’s a good chance of missing the optimum moment that may only last 1/25th of a second! Besides, to avoid your camera ‘buffering out’ (and also filling up your memory cards and computers with thousands of unwanted images and running the risk of your shutter mechanism needing early retirement) you can’t just fire off exposures in continuous mode indefinitely. With experience you learn to predict events, postures and confluences of factors and can then release the shutter in short bursts at appropriate times. 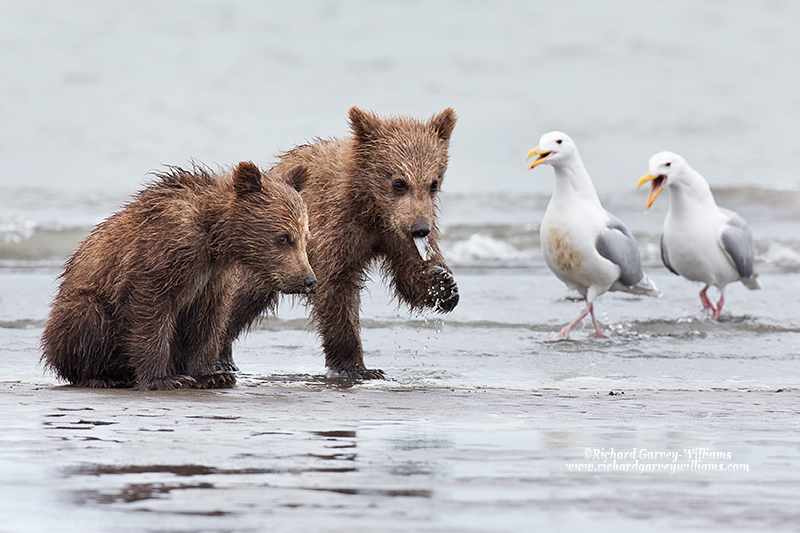 This image entitled ‘A Noisy Challenge’ has proved very popular. It’s success depends on timing to capture various factors – the two-on-two assault of the gulls with their bills wide open; the further bear cub clearly holding the subject of the dispute – a razor clam; and the sheepishly nervous look of the nearest cub.